Cornish Holiday...
At Cornish Holiday Cottages we pride ourselves on our select portfolio of 60+ properties. Established since 1977 and still with our roots firmly in the Falmouth and Helford River area.

Cutkive Wood
Our vision for green holidays at Cutkive Wood is to sympathetically manage it in such a way that its beauty, it's diversity of fauna and flora flourish and it's inherent peace and tranquillity remains.

Hotel Penzance
A place where you can eat good food with friends & relax in comfort, Winter or Summer. Let us help you plan your day, make your reservations organise you precious time.

South Penquite Farm
200 acre working hill farm situated high on Bodmin Moor between the villages of Blisland and St Breward. We are a demonstration holding for both the Soil Association and the Westcountry Rivers Trust.

St Ives Beef
As our logo says we've gone 'back to basics' - our 'free range' cattle graze the cliffs of our farm just 1.5 miles from St. Ives.

Cornish Hedging
Based in St Hilary, Penzance, Simon Berryman has been hedging since the early 1980's.

Valency
You will find us secretly nestled into the entrance of the wooded Valency Valley just a few paces from stunning Boscastle Harbour, the quaint Old Village and the dramatic South West Coastal Path. 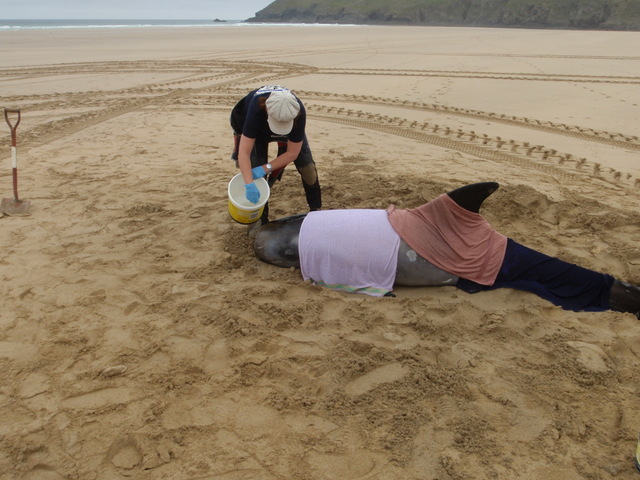 A Beautiful male Risso's Dolphin Stranded today on Perranporth Beach...kind members of the public called British Divers Marine Life Rescue hotline..01825 765 546 and were adviseed how to care for it whilst they waited for Marine Mammal Medics to arrive!

Medics arrived fast and furious until a crack team were supporting the Dolphin and administering Cetacean First Aid whilst staff from the Watering Hole ( especially Chris who was amazing at providing digger buckets of water to keep the dolphins skin wet) also chipped in.

Photos taken on a sea safari aboard the Atlantic Diver 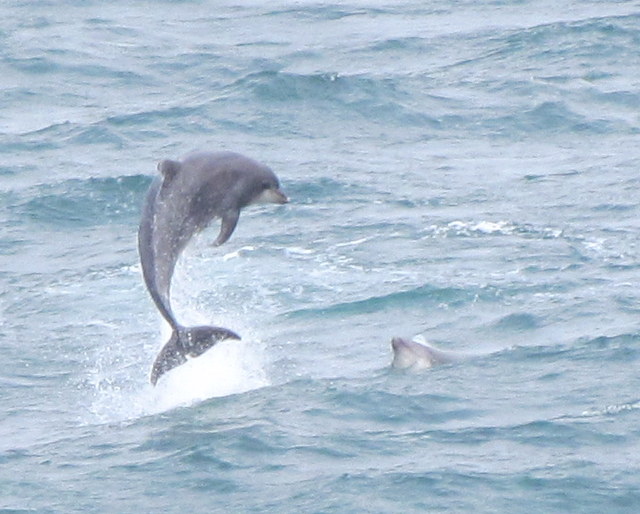 1. The extremely entertaining and forbidden history of alcohol as a fuel,

2. The Big Myths against alcohol as a fuel perpetrated by Big Oil in the Lamestream Media,

3. How to grow clean energy and organic food in local communities right now, and

4. How to use alcohol as an automobile fuel, cooking fuel, heating fuel, lighting fuel,

We are told over and over again that Those who don't learn from history are destined to repeat it.  But history is written by the winners.  Make that,  ALL history is written by the winners.  So how do we glean lessons from history that is tainted? While both statements above may be true in a superficial way, Mark Twain said it best: History does not repeat itself, but it rhythms.  Here are two interesting historical rhythms.

Almost 100 years ago, John D. Rockefeller sponsored a bunch of crazies called the Women's Christian Temperance Movement whose singular purpose in life was to stamp out alcoholic drinking.  They wanted to send the devil rum back to hell.  What they didn't know was that they'd be working hand in glove with the Devil himself.

You see, John Rockefeller was in the kerosine lighting (as in supplying kerosine fuel for use in kerosine lamps) and heating (as in kerosine heaters) business.  He distilled kerosine from petroleum.  He would flush into the rivers at night the volatile, explosive, toxic junk left over from his distillation business, because nobody wanted a molotov cocktail as their kerosine lamp in their homes.

John Rockefeller, being a very shrewd Capitalist and Mr. Greed incarnate, found out that he could use this toxic, explosive, waste by-product to run the newly invented automobile in the internal combustion (IC) engine was slightly modified.

John D. Rockefeller's motto and business practice were a bit different.  He called the toxic byproduct of his kerosine distillation business gasoline.  And he called the farmers of America his number one enemy.

Around 1918, Mr. “Standard Oil of New York” (by the way, what does the acronym SONY stands for?) decided that he had enough of competition from those tens of thousands of pesky farmers in the hinterland of America.  So he sponsored the above aforementioned crazies with approximately $4 million U.S. dollars.

Four million dollars went a long way back them.  Do you know how hard it is to pass an amendment to the United States Constitution?  Well, Congress did it.  One that was ﬁlled with hard-drinking congressmen (no women, of course).  Imagine the courage it must have taken for these brave elected ofﬁcials to ban the drinking of alcohol for their fellow hard-working citizens!

The results were nothing short of spectacular.  Hundreds of thousands of American farmers lost work because of Prohibition and millions of dollars for millions of families evaporated.

And for John D. Rockefeller?  Letʼs just say that in  1933 when Prohibition was ﬁnally lifted, i.e., repealed by Congress, there were no more competition from those pesky farmers because alcohol was no longer available as a fuel for the modern automobile.  Gasoline became the only game in town and out of town.

During the early part of the 1900s, most of the farmers in the U.S. and around the world including South America, especially Brazil, Europe, New Zealand, and the Philippines grew crops to make alcohol as a fuel for heating, cooking, and lighting.  The by-products from making alcohol using grains were used as nutritious food for animals.  More on this later.

Around the same time period as Prohibition, Germany was also in the alcohol business.
The Germans, being very practical and a no-nonsense people, made alcohol from potatoes.

Because they didnʼt have pools of petroleum sitting beneath their fatherland, the farmers would bring potatoes to their local community alcohol distilleries.  No money exchanged hands.  The cooperative distillery got free alcohol  feedstock (the input material for making alcohol) and the farmers got back 1/3 of the alcohol distilled from their potatoes.  The cooperative distillery kept 2/3 of the alcohol made, most probably for the war effort.

What is really interesting to note is that the farmers got back all the mash, or the solid leftovers which are full of proteins, fats, nutrients, vitamins, etc.  Making alcohol only removes the sugar and/or starch content.  These farmers used the mash to feed their cows, pigs, chickens, etc.  They used the alcohol for their alcohol lamps, alcohol stoves, alcohol heaters, and for running their tractors and other fuel-driven farm equipment.

This cooperative alcohol distillery model worked so well that it actually prolonged World War 2 as the Allies had to bomb every single one of the 70,000 cooperative distilleries in Germany.  Yes, there were that many spread all across Germany.

During World War 2, German Panzer tanks ran on alcohol because of its higher octane (105)
and because it could be stored much longer than either gasoline or diesel.

David Gallo on life in the deep oceans

Atlantic Diver was treated to a rare sighting of a pod of about 30 beautiful Risso's Dolphins today. They swam in pairs which is typical of this species of Cetacean and although not interested in playing with the boat...lucky anglers out on a Newquay Sea Safari and Fishing trip off Newquay were able to view them from a short distance away from the boat. It is the first time skipper Chris lowe has seen this species of Dolphin so close to Newquay. He identified them with a little help from wildlife guide  Annabelle when he at first thought they were Bottlenose Dolphins but was puzzled by their distance from the coastline and rounded shaped heads and short beaks....similar to Pilot Whales. Some were very dark in colour like Pilot Whales whist others were very pale , almost white like Belugas. Several were also scarred....this scarring is thought to be from fighting or teeth contact ( rake marks) from other Risso's Dolphins and maybe even from Squid injuries which makes up part of their diet. Their very Falcate fin was another identifying point. All of these identifying marks can be seen in the following pictures taken by Chris. ....Wow the passengers and skipper were blown away...."Fintastic!!!" It will be interesting to see what marine Wildlife we spot this winter as Atlantic Diver will remain in the water to continue trips throughout the winter period..please call the skipper to arrange any trips.

The St Dennis branch of the Cornwall Waste Forum has called on Cornwall Council for immediate talks to explore alternatives to the proposed incinerator, following their successful High Court action.

'We have a rare window of opportunity to build bridges with Cornwall Council' said Ken Rickard, the Forum chair. 'Our success in the High Court, where Lord Justice Collins was unequivocal in his finding for the Forum, means that there will now be a breathing space. This is the time to take stock and consider the best way forward for Cornwall.'

The Forum has long disputed Cornwall Council's case that there is no alternative to incineration. Indeed Cornwall Council itself was of the same view when it fought SITA's appeal last year. Current trends and new technology both point to opportunities for investment in Cornwall, with new jobs and businesses to support them. 'The most impressive change in the last few years is that recycling has become a profitable business, the amount of waste being generated is declining year on year, and we can now reduce dramatically the amount of waste going to landfill,' added Mr Rickard. 'There is a real opportunity for Cornwall to be at the forefront of new waste disposal technology involving the county's engineering talent. We don't need an incinerator.'

The Waste Forum's appeal comes after it successfully challenged the decision by Eric Pickles, Secretary of State for Communities and Local Government, to allow an Appeal by SITA to build a 240,000tpa. incinerator at St Dennis. The challenge was heard in the Royal Courts of Justice, The Strand, London. The Forum was represented by Barrister David Wolfe supported by his Leigh Day and Co colleagues and our solicitor Mr C Hopkins. The hearing was attended by ten members from Cornwall and one from London. The judgement was given on 13 October and the written Judgement will be released this Thursday 20 October.

The challenge was based on the threat the incinerator would pose to nearby EU designated "Special Areas of Conservation". The Judge backed the Forums's claim that the inspector, whose decision was followed by the Secretary of State, was wrong to leave the question of an Appropriate Assessment to the Environment Agency, which had already announced its stance that the incinerator would have no significant environmental effects.

Whereas the Forum members are delighted with this decision they are aware of the self inflicted problems which now face Cornwall Council, and are committed to work with the Council and have taken the positive step of inviting the Cabinet portfolio holder for Waste and the Environment and some of his Waste Development Advisory Panel councillors to a meeting to discuss the way forward.

It must be emphasised that Cornwall Council had the opportunity to cancel the controversial and costly Waste contract with French Company SITA in 2010. This contract has continually been blamed as the reason for the pursuance of incineration as the technology to disposal of Cornwall's waste.

Tourism has its 'green' credentials, there are many accolades available to accommodation providers such as the GTBS and Green Acorn, but one aspect of tourism sits very uncomfortably as the elephant in the room -  the fuel that every visitor uses driving to and from and around Cornwall. If Cornwall is to be the green peninsula then it must take this bull elephant by the tusks and do something to not only reduce it but also ensure that the reduction is an ongoing process.

At an average of 40 mpg and an average 250 miles driven while in Cornwall, visitors would use approximately this much fuel...

The Earth is growing?

Smog and the rain
taken by hand
nature's last waltz
mechanical band
pollution, destruction
environment's end
the earth was your mother
what happened my friend?